A post placed on the MRNZ ‘Missing In Action’ – Seeking Lost Medals web page has resulted in our being able to put a family searching for these WW2 medals in touch with the owner of the medal group.  The medal are named to: 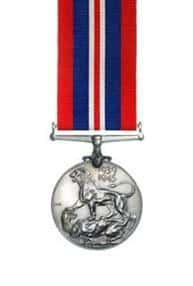 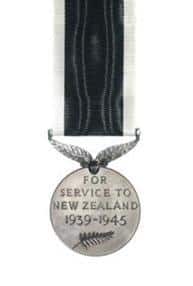 The circumstances that led to MRNZ being able to initiate negotiations between the current owner and the family  were rather unusual.  In late November 2015 I received a most unexpected and anonymous text message saying simply “I have the Beechey medals” – that got my attention !

Major Horace Beechey had been a Territorial Artillery officer with the Auckland Regiment (Countess of Ranfurly’s Own) during WW2.  He had served with the NZ 3rd Division in the 204th Troop, Heavy Anti Aircraft Battery in positions on the North Island coast.  Major Beechey was also part of the Provisional Artillery (Pacific) Reserve on standby for operations in the Pacific theatre.

After receiving the text message I immediately telephoned the accompanying mobile number and was able to confirm that the sender had seen the MRNZ webpage that listed the missing Beechey medals.  The owner also said he had bought the medals off Trademe from a Tauranga seller in 2008.  Since then he had tried to sell the medals through a dealer on his behalf however they did not sell.  After seeing the new MRNZ website the owner decided he was now willing to negotiate with relatives to reunite the medals with them.

After advising Major Beechey’s nephew of the details, I was delighted to be able to put him in contact with the current owner of the medals.

The reunited medal tally is now 52.