For the purveyors of NZ infantry battalions at war comes this new release on 30 October 2019 — a personal perspective of the 25th Battalion in the Second World War that will resonate with many readers …
Eddie’s daughter and author, Elizabeth Kay, sent us the following note:

13 Oct 2019
Hello Ian and Brian
I happened to land on your web page the other day and was amazed to see the story of JACK BACH’s medals (refer MRNZ Post 3/5/19) as it included mention of my father, EDWARD “Eddie” NORMAN. There was even a scanned letter, dated 7 May 1943, that Eddie, then CO of C Company, 25 Battalion, wrote to Jack’s wife to tell her Jack had been wounded. It was a fairly busy time for 25 Battalion, as they were in the front line near Enfidaville in the last days of the campaign in Tunisia – there are no letters to my mother between 3 and 15 May 1943.
Over the past decade I have been researching and writing the story of my father and his battalion in the second world war and had hoped some of his letters to relatives of his men might turn up. That this has happened now is interesting, although a bit late.
My book was taken up by Wellington’s Cuba Press last year, and will be released on 30 October. As you can see, it is simply called Eddie Norman and 25 Battalion, as it is not just Eddie’s story but that of his battalion and also 6 Brigade, and the men who served with him. It is based on his letters to my mother, along with his later writings.
I don’t know if you are in contact with any other 25 Battalion men or their families, but the book is very much their story. If you would like any further information, please do get in touch. The book is also on the Cuba Press web page.
https://thecubapress.nz/shop/eddie-norman
Kind regards,
Elizabeth Kay
4 Coolidge Street, Brooklyn, Wellington, 6021
Ph: 04 380 1991
Mob: 021 134 7155
PLEASE SHARE WIDELY FOR THE GENERAL INTEREST OF ALL 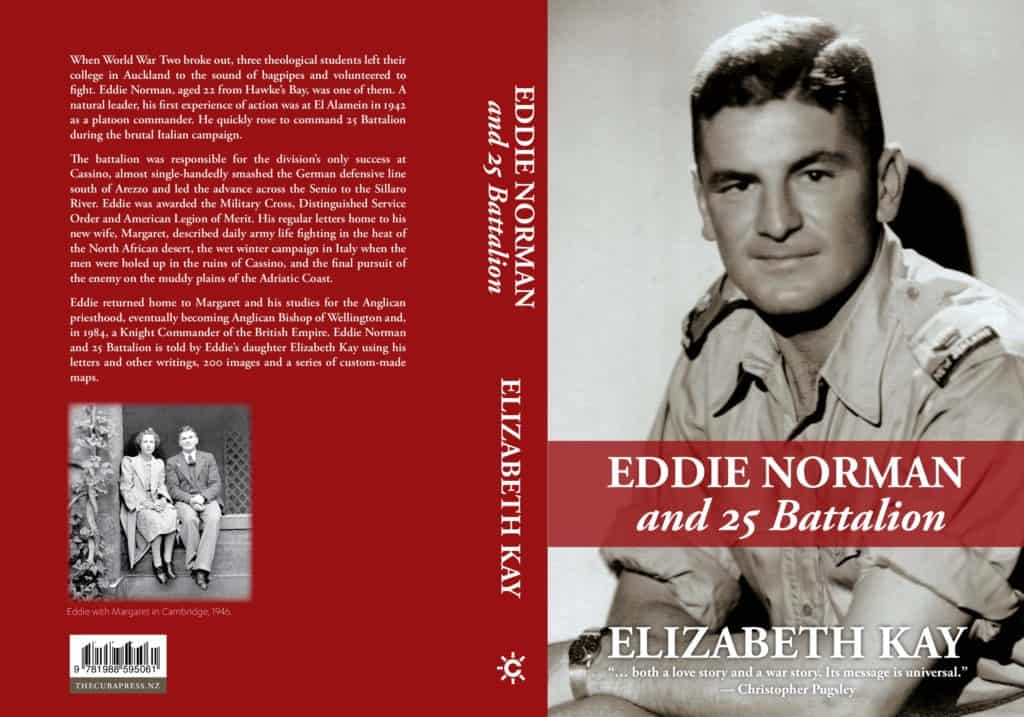