While researching James McConnell’s story, I came across an advertisement for a Burkes Pass Heritage booklet called “On a Bronze Tussocked Terrace” ~ The Burkes Pass Cemetery, a history of some of those buried there, which mentioned several of the family names I had become familiar with.

After contacting Jane Batchelor, one of the two authors of the booklet, Jane replied saying that James McConnell’s story had triggered her memory of a relic that had been gifted to the Burkes Pass Heritage Trust from the estate of Catriona Baker of Mt Cook Station.  The relic was a rather ancient leather covered Gaelic Bible, published in 1835, that has the name “W. McConnell, Burkes Pass” written (in pencil) on the inside.  Jane wondered why he would have a Bible written entirely in Gaelic, guessing that it might have been a family item.

Now, this could refer to James’s and Willie McConnell’s father William Snr, or it could have referred to William Robert “Willie” McConnell.  Whether Willie McConnell was fluent in Gaelic I have no idea but I would be fairly sure that given the age of the Bible and the fact that William Snr had been born in Gaelic speaking Ballywee, County Antrim Ireland, it would be on the cards that the  Bible would have been his father’s.  Wow – what a Revelation Jane, excuse the pun.

In responding to Jane, I cc’ed great-grandson Jim McConnell whom we had recently sent James’s medals to – I’ll  bet Jim wasn’t aware of the Bible’s existence either?  Jane said she has just had an archival stand made for the Bible and it will be a feature of the altar table in St Patrick’s Union Church at Burkes Pass.

She also happened to mention she believes she had contact with Jim many years ago with regard to a painting from 1904 of Burkes Pass that he had inherited.  Small world isn’t it … you never know what relic is going to surface, particularly if generations of your family has lived in the same area for well over 100 years, but to be fair, the Mackenzie Country and Burkes Pass are not exactly metropolises (or is that metropoli?) you could get lost in so incidents such as these are unlikely to be a rare event.

Jane very kindly sent some pictures of the Bible which looks as if it has survived rather well considering its age (187 years!) and journey from Ireland to the Teviot Valley, to Fairlie, Mt Cook Station and Burkes Pass (and who knows where else in all that time?).

Thank you Jane for adding this gem of McConnell family history to James’s story.

The circular impressed stamp on the cover says “British and Foreign Bible Society” (BFBS), often known in England and Wales as simply the Bible Society, it is a non-denominational Christian Bible society with charity status whose purpose is to make the Bible available throughout the world.  The Society was formed on 7 March 1804 to encourage the “wider circulation and use” of the Scriptures. In the British Isles BFBS reprinted Bibles in Welsh, Scots Gaelic and Manx Gaelic. 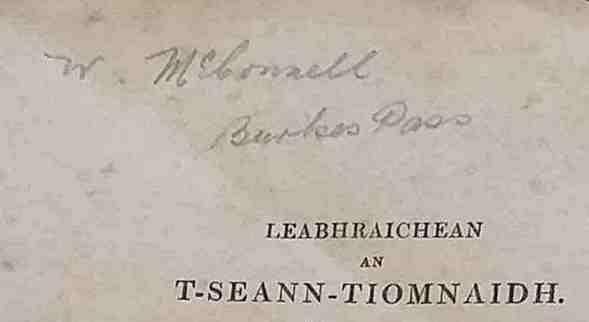 “On a Bronzed Tussock Terrace ” ~ The Burkes Pass Cemetery

The booklet has been compiled by Elizabeth Angelo-Roxborough and Jane Batchelor for the Burkes Pass Heritage Trust.  An informative historical publication of high quality great photographs, gives the reader a snapshot of some of the cemetery’s earliest, and most recent, ‘residents’, the first being an eight-day-old baby boy buried in 1873.  The title comes from a poem written in by Ursula Bethell, acknowledged for being at the forefront of modern New Zealand poetry:

The stern antagonist from whom he wrests his bread,

Did carve this scene, prepare the arena, spread

If you would like a copy of Elizabeth Angelo-Roxborough and Jane Batchelor’s booklet, please send an email to: [email protected] 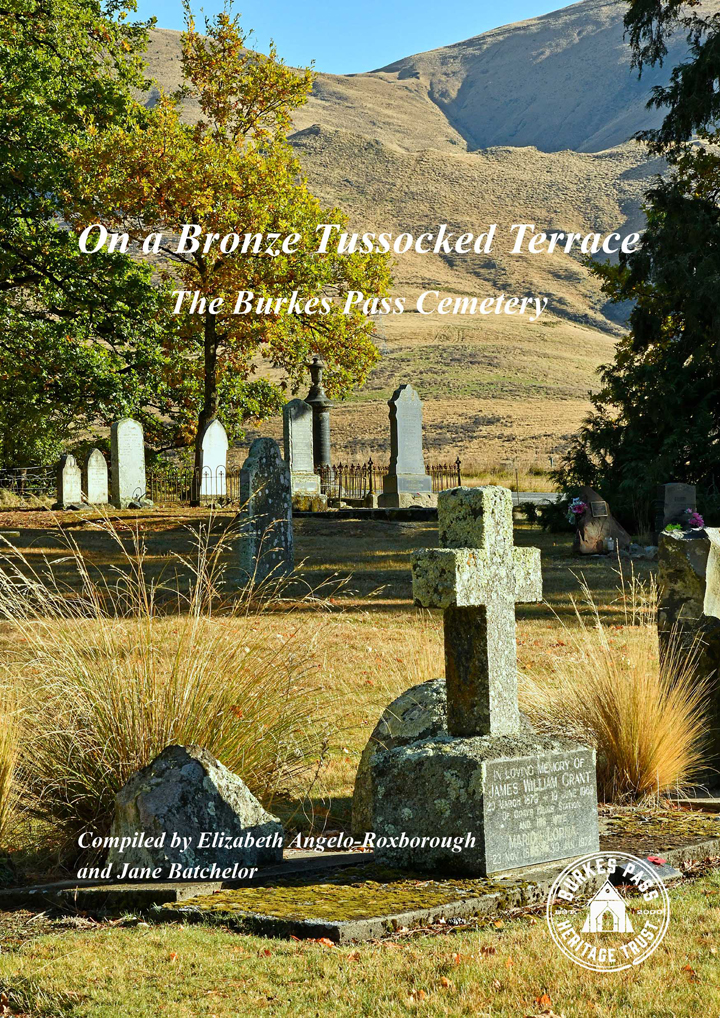