L/CPL Norman ANDREWS  medals are the last of ten WW1 medal groups that were offered back to family descendants by the Nelson RSA, a gesture President Barry Pont said was the RSA’s way of adding special significance to the commemorative activities associated with the 100th anniversary of the Gallipoli landings in April this year.

A public advertisement placed in the Nelson Mail in May 2014 offered descendants of the deceased WW1 veterans, their medals which the RSA had had custody of for many decades.  The original Nelson Mail article is here: http://nelsonweekly.co.nz/rsa-to-return-wwi-medals-to-families

Norman Alexander Andrews was born in 1897 in the Wairarapa, one of three brothers, two of whom were “called to the colours” – 10/477 L/CPL Hugh Despard Andrews, a veteran of Gallipoli who was subsequently KIA on the Somme in 1916, and Frederick Vernon Andrews.

L/CPL Andrews had previously served with the 7th Regt before war, enlisting for war service in 1917 at 20yrs of age.   He was drafted to the 29th Reinf of the 1st Battalion, Wellington Infantry Regiment and arrived in England in April 1917.  He served in France until September 1919, a total of 1yr 207 days foreign service.

L/CPL Andrews was wounded in Aug 1917 with gunshot  and shrapnel fragment wounds.  After recovering at Brockenhurst and Hornchurch in England, Norman returned to his parents ho,me in Winchester St, Levin whereupon he took up farming at Heatherlea.  For his war service L/CPL Andrews was awarded the British War Medal and the Victory Medal.

In 1921, Norman married Lily Frechtling and together they had two sons and a daughter.  His wife died in 1959.   Having completed an electrical course during his convalescence in England, Norman worked for the Taranaki and Bay of Plenty Power Boards before moving to Motueka in 1934 to work on the fledgling reticulated power supply system.  You can hear an audio interview with Norman here: http://ketetasman.peoplesnetworknz.info/documents/0000/0000/0041/Andrews__Norman.pdf

Norman Andrews remained in the Tasman area for the rest of his life and died at Stoke in August 1987, aged 90 yrs.

It is thought either Norman or his estate executor placed his medals with the RSA for safekeeping.   After a lengthy search, L/CPL Andrews’ WW1 medals are finally being reunited with a member of his descendant family – his grand-daughter Louise Hilligers.

My initial research started in March this year threw up the standard military file information on the Cenotaph site, and Ancestry confirmed the existence of two nephews, his surviving brother Trevor’s sons Trevor and Vernon.   Coincidently, I had had been visiting the Cenotaph site on various occasions for additional information and on one such visit to Norman’s file in July this year, I spotted a new message which had been added on 25 April 2 (Anzac Day) this year – it stated: “Grandfather to Louise Hillegers (nee Davis)” –  a great lead for us.  Contacting Louise however was not altogether that easy.  After several failed email attempts via the Cenotaph site and net searches, l set about contacting all the Hillegers in the NZ White Pages – fortunately not a common name.  Through a Temuka relative I managed to obtain a telephone contact and made contact with Louise to confirm her lineage and links to Norman (his daughter Shirley’s daughter) and entitlement to receive the medals.  L/CPL Norman Alexander Andrews’ medals have now been properly mounted by Brian (MRNZ) and will be reunited with Norman’s descendant family in Taumaranui later this week.

The following is a list of veterans whose WW1 medals that were returned to descendant families:

The reunited medal tally is now 28. 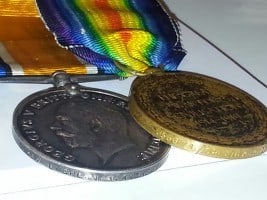 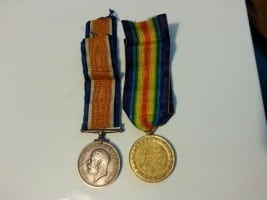 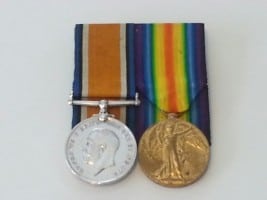