Captain (Ret’d) Huia Ockwell is a well known Dunedin identity and former NZ Army officer who lives in retirement at Chatswood.  A First World War medal awarded for the war service of 26/1044 Corporal William Manson was posted to Dunedin’s George Manson after his son had been killed five days before the Armistice was declared on 11 November 1918.  The British War Medal, 1914-18 was found in a Dunedin school some years ago and handed to the then Principal, Peter Bodkin.  Some years later the medal was entrusted to Huia by Peter who believed Huia would know what to do with it.  After attempting to locate family unsuccessfully, Huia called in the experts, Medals Reunited New Zealand©.

I am pleased to say Huia was able to personally present the heirloom medal to Cpl. Manson’s 90 year old niece this week, 101 years and 8 months after William was killed in France. 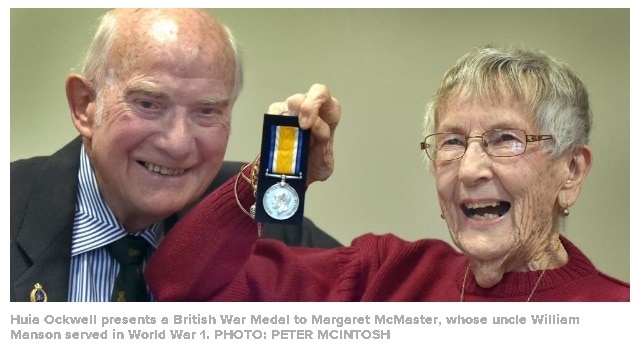 As always, the full story of Cpl. Manson’s service and the return of his medal will be posted on this website and our FB page, in the near future. 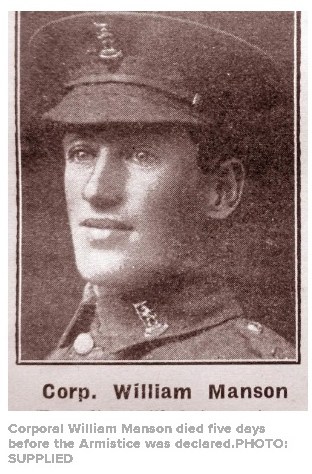