To honour the memory and sacrifice of the deceased and forgotten Veterans by reuniting medals that have been found with their descendant kin.

Our collective military experience and research skills are used in conjunction with a national and world-wide network of resources to trace a near descendant who we can return these heirlooms to.

“We few, we happy few, we band of brothers…”

As a former career serviceman of both the New Zealand and Australian military forces (NZ Army, RNZAF and RAAF) and a Returned Veteran, I have always been acutely aware that military medals represent not only a story of service and of sacrifices, but in the years to come they could be the only remaining and visible connection a descendant family has to an ancestor who had military service.  This is true today particularly of Boer War and First World War veterans whom many families have lost sight of.

I started MRNZ with the aim of honouring the memory and service of the countless uniformed men and women Veteran’s, many long forgotten, whose medals I saw being sold on the internet, in markets and in retail outlets.  Why were these medals there and not with the descendant families of the Veterans who had earned them, some having made the Supreme Sacrifice in the process?

The reasons I discovered were many and varied however there were some common themes.  Medals being sold most often represented Veterans (World War 1 in particular) who had lost their medals (or sold them by necessity) while they were alive.  Some medals had been sold by descendant family members who either had no knowledge of (or interest in) their family’s ancestors, or had no sense of historic or sentimental value medals might have to the family.  Others represented an easy means of getting cash for descendants (and thieves) who had a ‘habit’ that required feeding.

It was clear to me that if my experience of trying to locate my great-grandfather’s medals was anything to go by,  there must be many other families who would welcome the opportunity to have any family medals returned – but who would do that?   I ran a trial to return a few medals I had collected over my years of military service.  It was clear to me after the first few attempts that descendants families were extremely grateful to receive any medal, particularly ones they had known of but though were forever lost long ago.   Some were most excited to learn that they even had an ancestor Veteran who was part of their family and had earned medals.  The thought and discussion of being able to honour their Veteran’s memory on Anzac Day by wearing their medals was an emotional moment for some.  Their reactions convinced me I was on the right path.

By reuniting more medals with descendant kin, we hope to reinvigorate the interest of many more families in caring for family medals and taking the time to honour their ancestor Veteran’s service.  Medals by their very nature are a tangible piece of a military ancestor’s life which can have the effect of bringing the forgotten dead back into a family’s consciousness.  There can be no better way to honour a their memory than by safeguarding their medals as family taonga, and to wear them with dignity and pride on appropriate occasions.

Brian is a very experienced former Royal New Zealand Infantry Regiment (RNZIR) soldier and RNZAF NCO who provides valuable assistance to the success of MRNZ.  Brian being Nelson born and bred, is well known in the community and an additional point of contact for Veterans and members of the public seeking the service MRNZ offers.

In addition he has a lengthy involvement with Nelson’s No.23 Air Cadet Squadron.  A former NZCF officer, Brian is the ‘mover and shaker’ who organises the combined NZ Cadet Force units in Nelson for the annual Poppy Day collection appeal on behalf of the Nelson RSA.  Prior to Anzac Day, the memory of every Veteran is honoured in each of Nelson’s military cemetery sections with a Poppy placed on every grave by the Cadets.  On Anzac Day itself, Brian marshal’s the Air Cadet Squadron and other supporters to provide organisational and ceremonial support for the Dawn Service at the Nelson cenotaph in Anzac Park, for the Queen’s Gardens Boer War memorial, and for subsequent ceremonies during the morning at the Marsden Valley Serviceman’s Cemetery and the RSA Section of the Wakapuaka Cemetery.

Brian is an accomplished medal mounting professional who mounts medals for Veterans on behalf of the Nelson RSA and will also mount/re-mount medals for members of the public on request.  He is able to re-ribbon, clean, preserve and mount medals (Swing or Court style) including having medals repaired and replaced.  If required, he can also arrange medal framing and Replica medals, both full size and miniature.

He is an independent contractor whose services are provided at cost.  MRNZ does not derive any revenue whatsoever from Brian’s  service, thereby ensuring we remain a 100% not-for-profit service, free from any fees or charges.

If you require your medals:

To avoid embarrassment, please do not ask Brian to mount unofficial or self-purchased commemorative medals on the same medal bar as your official medals.

You pay only the cost of any (replica) medals you require, the medal ribbons and materials required for mounting/cleaning/lacquering including P & P.  The overall cost may be further reduced if Brian is able to re-use your existing medal brooch bar and medal ribbons.  No charge is made for time or labour.

Please note:  The NZDF will not replace medals that have been lost, are missing, stolen, destroyed or broken.  Current NZDF policy states that medals will only be replaced for persons while still serving.  Replacement medals (genuine, as issued by NZDF) are manufactured to order by an international NZDF contractor.  Replica (copy) medals (full size & miniature) can be purchased from replica medal retailers found on the internet by entering: replica nz war medals.

Please ask us for our advice if you are unsure.

A sample of Brian’s medal mounting: 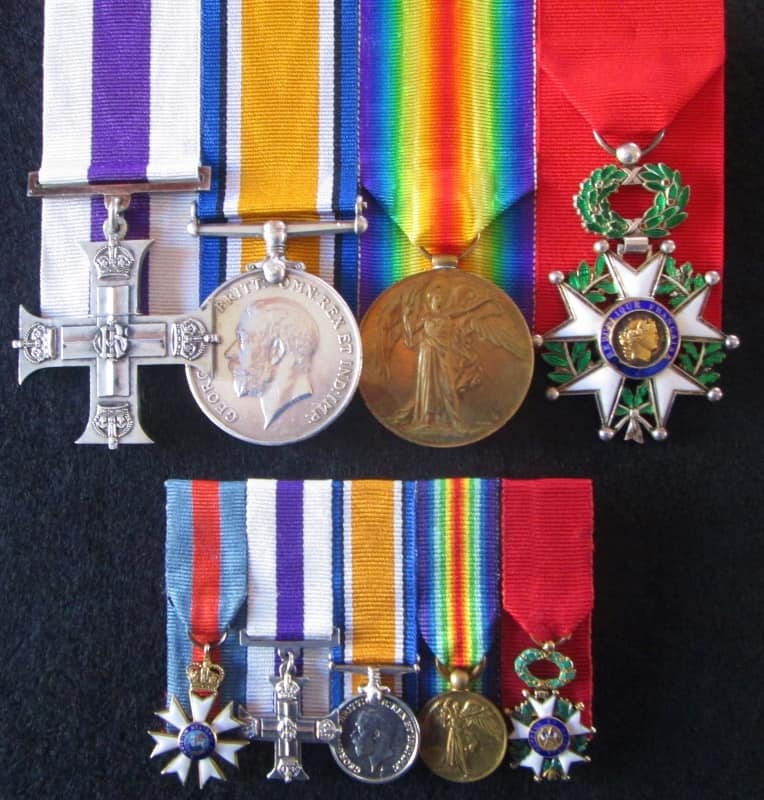 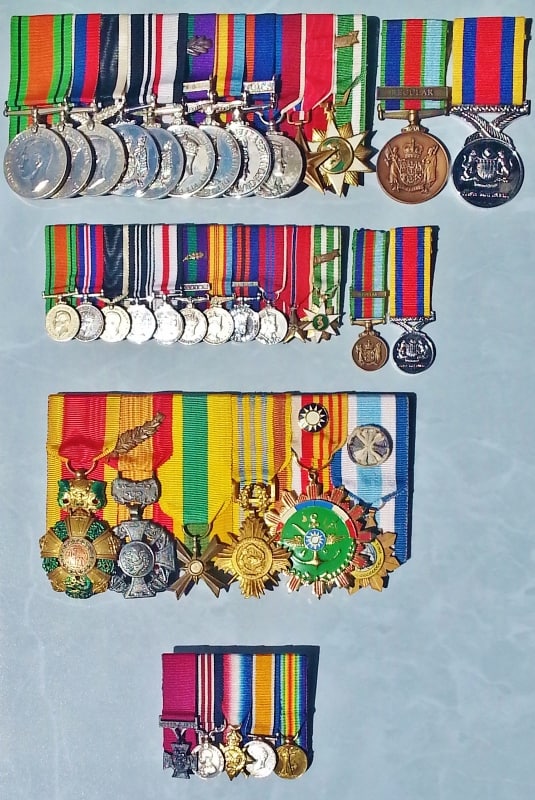 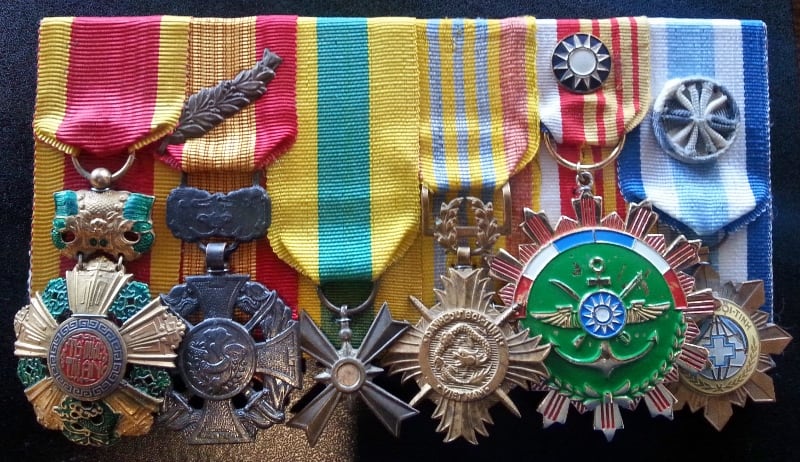 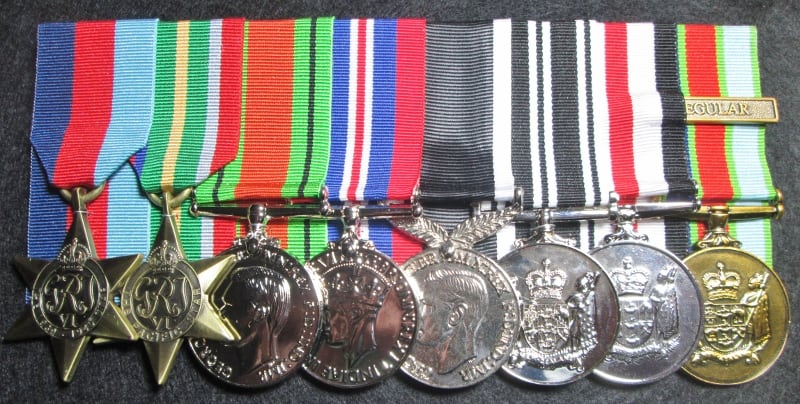 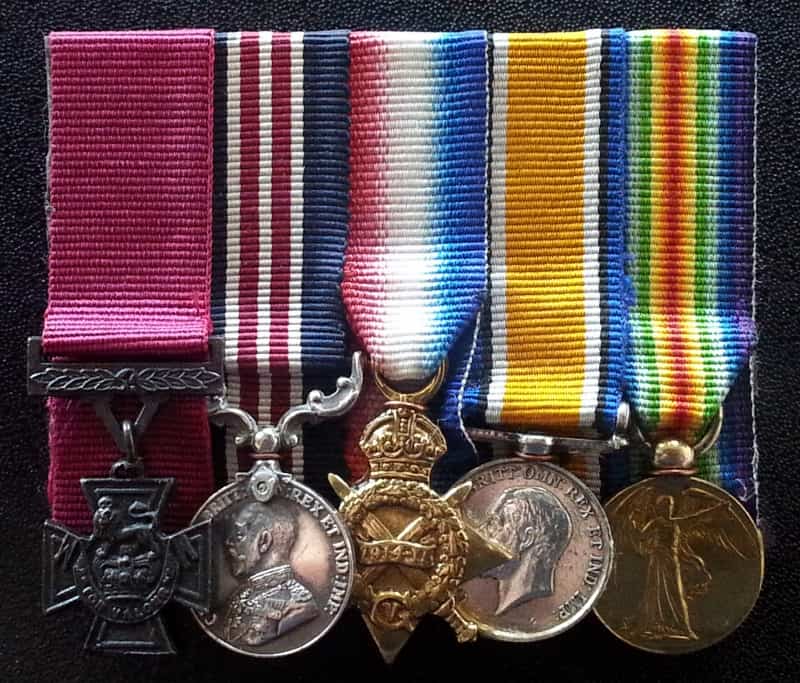 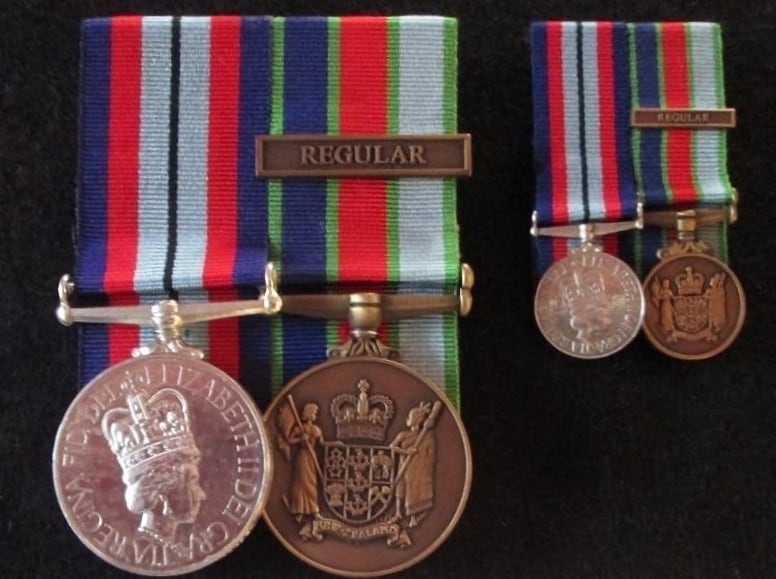 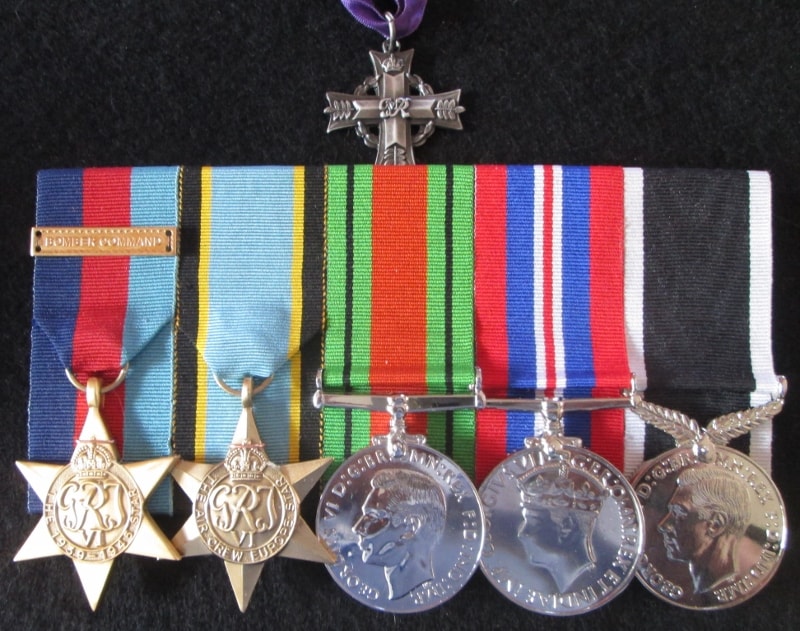