After his medals were found in a local dump last week, former RAF and SAFEAIR pilot Reg Clarke received his freshly re-mounted medals from Medals Reunited New Zealand founder, Ian Martyn.  The medals were re-mounted at no cost by MRNZ’s Brian Ramsay. 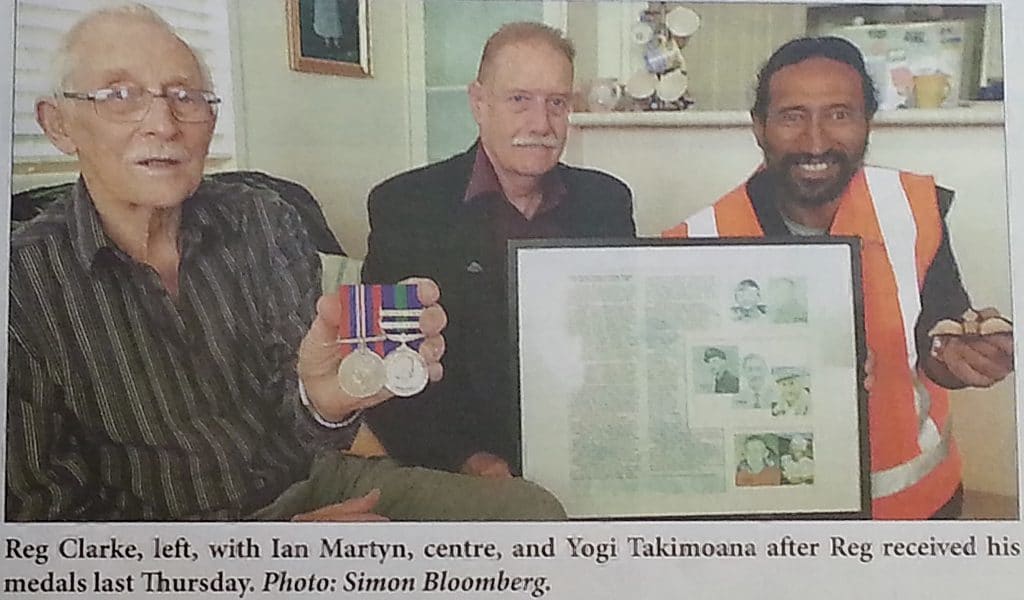