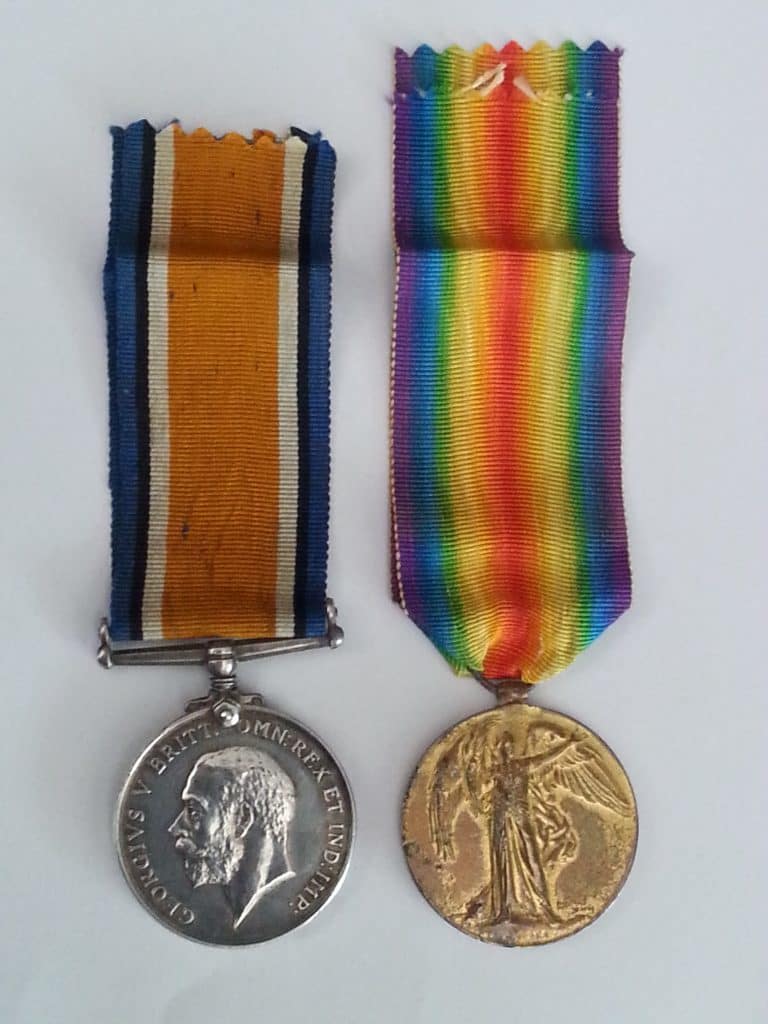 MRNZ received a pair of WW1 service medals from a deceased collector’s estate in 2015, named to 48664 PTE. C. P. MOORE NZEF.  The medals had been queued in my ‘medals awaiting research’ and as is my practice, posted on the ‘Lost Trails’ page of the Medals Reunited New Zealand website.  In the event that a veteran’s name on this page is recognized, the research process can often be short circuited to locate and validate a family connection before we hand over the medals – this was the case with Pte. Moore’s medals.

Sandra C. of Matamata had seen the medal list on our website, recognized Pte. Moore’s name as being a relative, and sent me an email laying claim to his medals on the basis that her father Leonard’s sister, Mabel Bryant (nee Cummings) had been Pte. Charles Moore’s wife, albeit for just four years.

Charles Phillip Moore was born the son of a Boarding School Teacher at Lewisham in Middlesex, England on 05 May 1885, the eldest of four siblings.  Charles alone immigrated to New Zealand in 1909 and sought work as a sheep farmer with a relative in Waitara.

Charles was employed on his cousin J. M. Bryant’s property at Awakino in Waitara at the time he was required to be attested for military service.  At 31 years of age Charles was assigned to the Auckland Infantry Regiment (A.I.R.) in January 1917.  As a member of the 3rd Battalion, A.I.R., 26th Reinforcements, Pte. Moore embarked for Devonport, England from Wellington in June 1917.  By October he had arrived at Etaples, France and was immediately prepared for front line duties before joining his Battalion in the field at Ypres, Belgium.

After just one month in the field Pte. Moore was evacuated to the 4th NZ Field Ambulance with diarrhea which was further complicated by emphysema, and then more serious, pleurisy.  Pte. Moore was classified as “dangerously ill” which necessitated his evacuation to the NZ General Hospital at Brockenhurst in England.  By December 1917, Pte. Moore had been transferred to the Sick & Injured List aboard the hospital ship, HS St. Patrick.

In February 1918, Pte. Moore’s weight loss and lung condition were of such concern that he was deemed unfit for military duties and was embarked for New Zealand aboard the HS Maunganui and subsequently admitted to Wellington Hospital on arrival in New Zealand.  Pte. Moore was discharged from the NZEF as NLPFWS – “no longer physically fit for war service” on 18 June 1918.  For his 298 days of foreign service Pte. Charles Moore qualified for the award of the British War Medal and the Victory Medal.

Charles returned to his home at Waikawau, Awakino and an extensive period of recuperation.  Eventually he returned to farming until his retirement.  A confirmed bachelor, Charles at 71 years of age must have had a  sudden change of heart late in life when he married the widowed Mabel Bryant (nee Cummings) on 03 March 1952.  Charles pre-deceased Mabel at New Plymouth in May 1956 and is buried at Te Henui Cemetery, New Plymouth – his gravestone is marked: “Great War Veteran Auckland Regiment”.

The short circuiting of this research was made easier by the presence of two separate family trees that had been posted on Ancestry that answered questions I had regarding Sandra’s paternal relationship to Charles Moore, all of which substantiated her claim.  As a result Pte. Moore’s medals are en-route to Sandra as I write this post.

The short circuiting of this research case was made much easier by the presence of three Family Trees that had been posted on Ancestry.  Between the three, I was able to answer all of the queries I had relating to Charles Moore’s lineage which clearly substantiated Sandra’s claim to his medals.  Pte. Charles Phillip Moore’s medals are en-route to Sandra as I write this post.

The reunited medal tally is now 49. 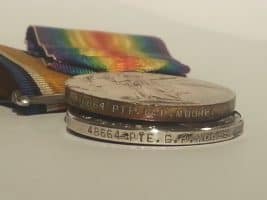 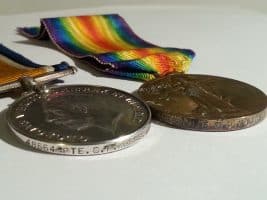